Untitled
Cows call
through lips
sewn shut
at birth,
thread woven
from the intestines
of gods,
spinning forth
in one continuous stream.
Is it only cows
whose lips are shut?
They walk
with the secrets
of the gods
watering from their eyes.

“I stopped believing there was a power of good and a power of evil that were outside us. And I came to believe that good and evil are names for what people do, not for what they are.”
― Philip Pullman, The Amber Spyglass

“All evil and good is petty before Nature. Personally, we take comfort from this, that there is a universe to admire that cannot be twisted to villainy or good, but which simply is.”
― Vernor Vinge, A Fire Upon the Deep 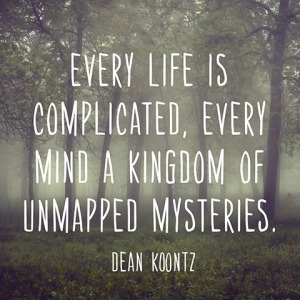 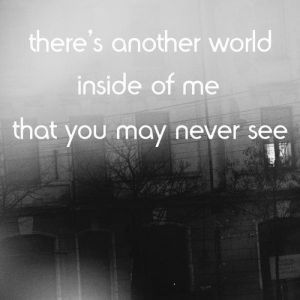 Do you know who is talking?

“I wish it need not have happened in my time,” said Frodo.
“So do I,” said Gandalf, “and so do all who live to see such times. But that is not for them to decide. All we have to decide is what to do with the time that is given us.”

J.R.R. Tolkien, The Fellowship of the Ring

I hear the shouts already.  “A lesson?  There are so many lessons in the book!  How could you choose only one?” Tolkien’s series carries so many messages – honor, courage, friendship, evil verses good, loyalty and so forth – so many I’d never be able to cover them in a year of posts.

That said, when I re-read the quote above for the quardiple time, it suddenly hit me what Gandalf was saying.  We all have moments like that, when we wished this thing or that wasn’t happening in our lifetimes.  Most likely, the very first cavemen felt the same over some event or other in their world.

Why? What reason did this suspect have for shooting these people? Why does this happen? Why is the world so full of hate and hurt, people so broken and empty, these events can even happen?

I doubt anybody will ever know the real reason this suspect shot these two.  Or why a young kid/teenager goes into their school and starts shooting.  Why, after a quarrel over something stupid like a sandwich, one person kills another. There is something critically wrong in this world for these things to happen.

What Gandalf is saying is, even with all the evil happening in our times, our lives, we have no control over what evil creates.  We can’t wish evil away. We can’t regulate the world enough to stop evil.  Evil isn’t just a person.  It is an attitude, a feeling that it’s easier to do what we want to do than to do the right thing.  Easier to watch the bully beating up the kid in the schoolyard then to stand up for the bullied.

It’s like the old saying, ‘You can’t fight fire with fire.’  That only makes the fire bigger.  Fighting evil with evil only creates more evil.

“All we have to decide is what to do with the time that is given us.”

Will we use our time for good or evil?  Will we hide our heads in the sand and pretend evil events aren’t happening all around us?  It’s no longer just the children starving in Africa or thousands of families being driven out of their homes by racial hatred and war, girls being married off and raped because their society considers women ‘things.’  Property.

There are children starving in my city, maybe in my very neighborhood.  Homeless people begging on the corners as passing motorists look away. Why don’t they get jobs? I bet they have a new truck and this is just to con everybody.’

Aren’t these things the Saurans of our world?

So, will we stand up for what is right, take the high road, even if doing that is the harder choice, Even if we know others will disagree with us, maybe even hate us? Will we make the most of the time given us to make the world a better place, one moment at a time? Or will we do as the Hobbits of Hobbiton, pretending nothing is wrong until the evil overtakes our own little corner of the world?

“The more we try to control nature, the more imbalanced our world becomes.”

“Everything from the humble woodlouse to specks of dust moving through a ray of sunlight. Each tells a story.”