The sign was weather-worn, all memory of bright lights lost ages ago, caught in the half-forgotten process of fading completely away. It was, by definition, the perfect place to search for the elusive fire salamander.

“I am not staying here,” Cathy pouted.

“We are here to explore, nothing more.” I’d grown accustomed to half-truths and lies when dealing with a ghost. She never seemed to catch on.

“Dry as bone,” Meg, the water hag, moaned from the back seat.

“Least we ain’t soaked no more,” Dan muttered. Water plus ghoul emitted a nauseous stink so we were all thankful for that tiny reprieve.

“Listen up,” I said, raising my voice so Horace could hear from the trunk. “We’re here to see if the reports are true.”

“Meg.” I caught her eye in the rear-view mirror, nodding towards the pile of pixies asleep on the front seat.

“If needed we’ll purchase a top-of-the-car storage thing to make a comfortable bed.”

I turned onto the overgrown road leading to the motel. As it came into sight, I braked. Nothing left but a charred ruin.

Flash Fiction for the Purposeful Practitioner

“The monster behind the wall stirred. I’d come to think of it as a monster, but it was just me. Or the darker part of me, at least. You probably think it would be creepy to have a real monster hiding inside of you, but trust me – it’s far, far worse when the monster is really just your own mind. Calling it a monster seemed to distance it a little, which made me feel better about it. Not much better, but I take what I can get.”
― Dan Wells, I Am Not A Serial Killer

“Cheese?  Ladder?  Wart?” he said in a puzzled tone.  Moreover, in fact, a bewildered tone. How the Hades were those words supposed to, not only tell him where to go, but what to do when he got there? This cryptic message gig was getting old. Fast.

He shifted in his seat, wiping his nose. And why did this gig always have to happen on the hottest or coldest days of the frigging year? He suspected somebody had sold him a load of stinking baloney the day he’d signed on. There was no other explanation.

His radio crackled and he shook his head. Perfectly good cell phones plastered all over the known world and they insisted on using radios. Bet that kept the failure rate pretty darn high.

“Do you have the three sheep?”

“Yeah.  Baa, Baa and Baa are cozy right here beside me.”

“Proceed to next point with all care.”

He was tempted to reply with “Ten-Four good buddy,” but the pimple-faced operator was too danged young to even know what that meant. Instead, he just rose and continued on through the frigid woods. When he’d signed up to serve his country, this was not what he’d expected.

As he trudged, his mind works over the three puzzle pieces; cheese, ladder and wart. Now there was a combination. Eat some cheese to propel you up the ladder and to the wart?

That made no sense.

Maybe the words were code names for different operatives, names for persons so deep under cover he’d never be able to poke them with a stick. Nor, to be perfectly honest, would he want to.

Find the warthog, escape down the ladder into Candyland and find the stinky cheese?

Climb down the ladder to the land of Wart and find the Princess of Cheese?

Madame Wart lived under the ladder and made cheese from her nursing mice. Find her and find the Scepter of Stupidsville?

He stopped dead, looking at the dark woods around him. Turning, he trudged back to his car. Forget this. He was going home to watch Jeopardy.  At least then, he’d understand the frigging clues.

In memory of William Haddow.

He served his country honestly and bravely, then spent the remainder of his life bringing joy to those around him. 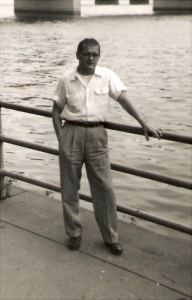 Uncle Bill, you are forever missed. Thank you for understanding the dry humor of a shy and awkward teenager, making me feel I wasn’t as different as I’d always believed.

“You’re nobody’s doorway but your own, and the only one who gets to tell you how your story ends is you.”
― Seanan McGuire, Every Heart a Doorway

This week’s photo prompt is provided by TJ Paris.

2. Linking for this challenge begins on Monday and runs to the following Monday evening.

The tourists stared upwards, while his eyes never left the floor, never lifted to the dome of the cathedral. His eyes did not deserve even the barest glimpse of heaven. His were fit only for hell.

“Mommy, who are those people?” Pointing up.

“I guess they’re Saints or some religious people,” she responded, trying to sound educated about something based entirely on faith.

“But why did the man paint them all up there? It’s too far to see them good!”

“I know, darling. I guess…. they liked to have something to look up at.” As if the dome were some hum-drum ceiling in a double-wide.

Tourists in bright shorts and tee-shirts, flip-flops and sandals, flowed round him like tides around ocean rocks.

He lifted his hands as blood poured over them, over him, from his veins, pooling on the floor and spreading like spilled wine.

The rush to the gift shop swirled around his body, robes rippling in the breeze. 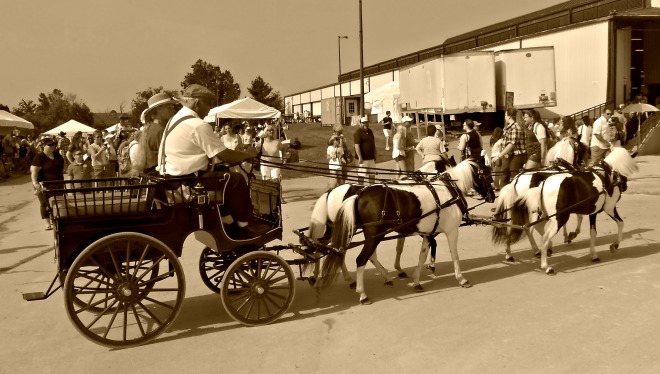 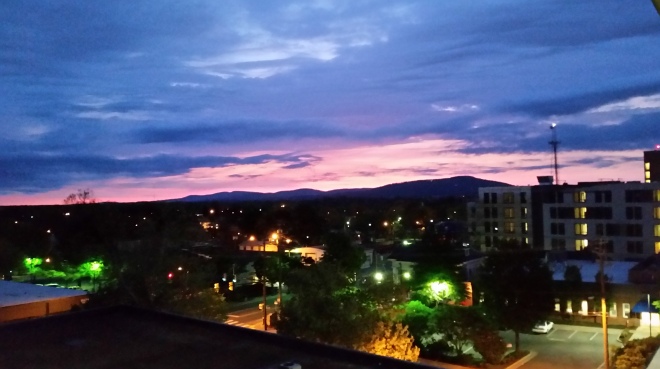 “Hope is a knife that can cut through the foundations of the world.”
― Seanan McGuire, Every Heart a Doorway 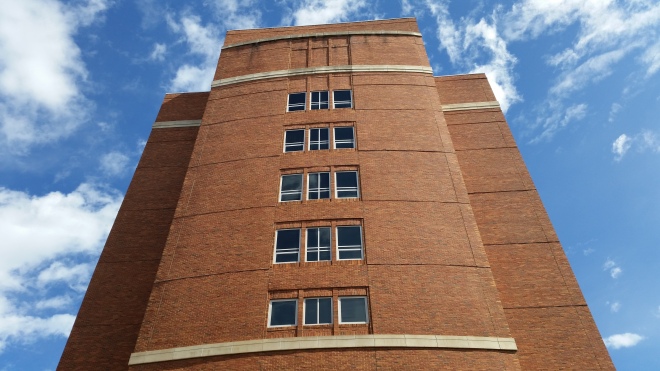