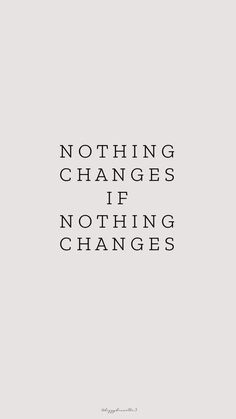 Everything I learned about being a mother I learned from my mother.  Simple, right?  Of course I learned from her.  But it’s not so simple as that.  I was the baby of the family, the introvert, the dreamer.  The nonconformist.  I lived inside my head, inside the stories I was always telling myself, understanding those stories and their characters better than I could ever understand the real world around me. My mother was just the opposite; she lived in the real world and had no use for the daydreams and fantasies of her youngest child.

I always thought this was the reason we so often clashed.  Now, however, I think we weren’t so different after all.  She had to live in a reality that I had not yet known.  She had a husband and kids and a house to run.  Groceries to buy, food to cook and endless cleaning of house and laundry.  When I grew up and had these same things come to me, I had to learn how to live outside my own reality.  There isn’t a choice when you have children.

I have come to understand that being a mother comes from the heart and from the soul.  It is the greatest surrender any woman can make to put aside her life for 18 + years to focus on her children.  Not all mothers make this sacrifice, but my mother did.  There are no absolutes in a mother’s world, no true rights or wrongs.  Everything we do as mothers is in the Now, the eternal present. There is no past or future in mothering. Every word we choose leaves it’s input on our child forever. As a mother myself, I can now see the challenges and sacrifices that she made from both sides.  She did the best she could in the Now.  When she knew better, she did better.  What better mantra for any mother?

Somewhere in the turmoil of our relationship,  the truth of being a mother changed.  Maybe she leaned that you can’t fix your children.  Maybe she finally saw me for who I was and not who she wanted me to be.  Or maybe she just learned how to stop being a mother and start being a friend.  Time and again, she stood behind me without questions, no longer trying to fix my life, but simply being there. She learned that I didn’t need somebody to fix my problems (though I may have wanted that),  but instead I needed somebody to hear me.  I needed to know that I had value as me and not just as the person others wanted me to be.  I needed somebody who would never leave.

But there is no permanency in motherhood. Eventually mothers go away from their children, leaving behind an empty space inside that will never again be filled in the same way.  Sometimes this leaving is first mental, just as you have gone away into a world of imagination where I cannot enter, our roles switched in what seems a tragic irony of fate.  Eventually, however, it will be forever. This, too, is motherhood.  A letting go, a final freedom, the ability of a child to physically let go of their mother when the time is right and the knowledge that, in truth, motherhood never ends.  It is an endlessness that has carried women from the first moment of the world, uniting us all back to the first mother, that very first instant when a woman looked upon her face of her newborn and fell in love.

What better tribute could there be?

“Your life will change when you make an effort to make a change.”
― Charles E Hudson