It wasn’t like the water I was in was boiling hot, steaming might be more appropriate. Nonetheless, it was an uncomfortable situation.

“It’s rude to hold a gun on somebody,” I said, leveling my voice as best as possible.

“I didn’t do it,” I said, using the distraction of my voice to inch my hand towards my coat pocket.

It’s a weird thing to stare down the barrel of a gun. You’d think you wouldn’t see much, the barrel being so small, but it’s like your vision, your life, telescopes down to a single pin-point of being. I imagined I could see down the inside length of the barrel, the spiraling lines which might soon striate the bullet.

I stared down the darkness of the barrel of the gun, imaging I could see the bullet nestled deep inside.

My fingers closed around …

“Funny how “question” contains the word “quest” inside it, as though any small question asked is a journey through briars.”
― Catherynne M. Valente, Under in the Mere

This week’s photo prompt is provided by Pamela S. Canepa.

“How would you rather proceed?”

“Home for a cold beer and the Red Socks.”

“We’re not going home. I hate beer. And the Red Socks should be the Red Sucks.”

“You may not be going home. You may hate beer. And the Red Socks, but I don’t.  See you on the flip side.” He turned and walked away, disappearing quickly into the trees.

His partner made his way over the rocks and down the slope, sliding the final fifty yards on his butt. He didn’t hate beer. Or the Red Socks. He’d said those things to make Carson leave.

A sliver of sky hung low above him. Silence all around; not even a breeze to rustle the leaves. Parting the brush, he peered down the ravine, eyes settling on the opening at the end. The Lost Shepard Mine!

Now, pulling his flashlight, all his. 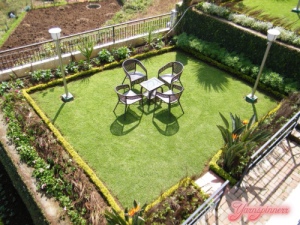 This week’s photo prompt is provided by Yarnspinner.

He gazed down at the prepared venue, contemplating his responsibility in bringing the meeting to a positive outcome. An impossible responsiblity. First, there was no way for the meeting to end positively. Second, he didn’t care one way or the other. Not that it mattered. His job was to find common ground and prevent murder.

Or so, those participating believed.

Pulling on his jacket, he straightened his tie, stepping out of the chamber.

Which side would win?

Well, that was up to him wasn’t it?

The challenge for Flash Fiction for the Purposeful Practitioner will open early Thursday morning, January 26th. Allow the prompt to take you anywhere you want to go! (Limit your stories to 200 words.)

He watched the koi swim lazily under the water, bobbing randomly to the surface in the hope of food. They were fat and huge and scared the crap out of him; the thought of how they would feel in his hands – slimy – their bubble eyes staring up at him with malicious intent; slowly gliding along, waiting. He didn’t know for what and he didn’t want to know.

“Hey,” Bobby said, coming up beside him. “Look at those things. I wish we could toss in a line.”

The thought made him cold all over.

They watched the summer tourists sauntering across the bridge to the far side of the man-made lake, heading for the shops on that side of the water. The koi turned, swimming back towards them, fishy cold eyes staring up at him.

He stepped back from the railing.

Starting back across the bridge towards the front of the shopping center, Bobby called, “Let’s get some dinner.”

With one more look behind, he hurried after his friend.

‘Soon,’ a cold voice whispered in his head. ‘Soon.’

The idea of Sunday Photo Fiction is to create a story or poem or something using around about 200 words with the photo as a guide. Please try to keep it as close to the 200 words as possible. It doesn’t have to be center stage in the story, I have seen some where the placement is so subtle, the writer states where it is.

He stared at the Flame, almost feeling it. Smelling it. Tasting it.

He liked Pain, the way it blazed through his body, washing him clean. Fear, too. He liked Fear. Tasting Fear. Wanted to know how it felt to…

Blinked and looked away. He couldn’t…. shouldn’t. It only made the Voices louder. Angrier.

He tasted fear and ash and burned flesh. Vomit in his throat.

Him or the Voices? He wouldn’t know without trying.

A hand reached out.

Flame and Pain and…

The artificial feel of the grass was the first clue she and I might not be right for each other. That and, oh, whole bunches of other things. Not like it was a very good time to be harboring such thoughts, not with her all gussied up and ready to step out of the house on her father’s arm.

How the hell did I get myself into these messes? And how the hell was I going to get out of this one?  Holy heck on a stick.

I looked around as all the guests settled into the chairs lined up in her parents back yard, flowers and crepe paper and crap all over the place. And fricking lilies.

No wonder I couldn’t stop sneezing.  As long as her father didn’t come out with a shot-gun, I guess lilies weren’t so bad after all. Maybe I’d just swell up in an allergic reactions and, in the confusion, roll myself right out of here and beyond.

I glanced at the men stationed by the gates, guns in hand.  What could I do but smile and wave? Neither action was returned. Bad. Very bad.

I know you are probably thinking I was an idiot to get into this situations, but I never knew any of this crap about her father and….. friends. Not until too late, that is.

The music started and she stepped out the sliding door, father beaming at her side. His eyes met mine and I grinned like an idiot, running through the limited choices available to me. Get married and live. Refuse and die. Humph.

Bet even you know the answer to that one.

I wonder how much it would cost for a divorce? 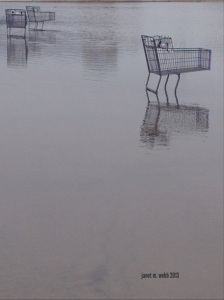 Feel free to add your own story in the comments.  I’ll post it on my site. Enjoy!

I drank my smoothie, but I didn’t stop complaining, at least in my head. I wasn’t some goody-two-shoes by any means, but I considered myself a decent man. And decent men didn’t just kill another person for… what? Why had we killed him?

I glanced over at  Morris, deciding not to ask. Pissy face warned he didn’t want to be questioned further, barely wanted to talk.

Not a problem. The sooner I was shuck of him, the better. The question was how to shuck him without losing the kernels shaping me into a decent man.  A good man….. An okay man.

He’d sucked me, but I’d allowed it to happen. He never held anything over my head; no wife or child to threaten; no bullet carved with my name if I refused.  I guess I was curious. Could I take a life?  What did it feel like to kill a man?

Trust me, I found out.

Forget sin and repentance. How did one repent, anyway? Seven billion, okay, but didn’t our man have just as much right to live as the other six billion, ninety-nine million and change?

He rose, moving out towards the car. I followed, rain flooding the back of my collar, splashing down onto the dark street.

I shot him once in the back. The second to the back of the head.

Live and die by the bullet, baby.

So I was just an average man.  Six billion, ninety-eight million. I could live with that.

Time for the student to become the master.

“Monsters exist, but they are too few in number to be truly dangerous. More dangerous are the common men, the functionaries ready to believe and to act without asking questions.”
― Primo Levi