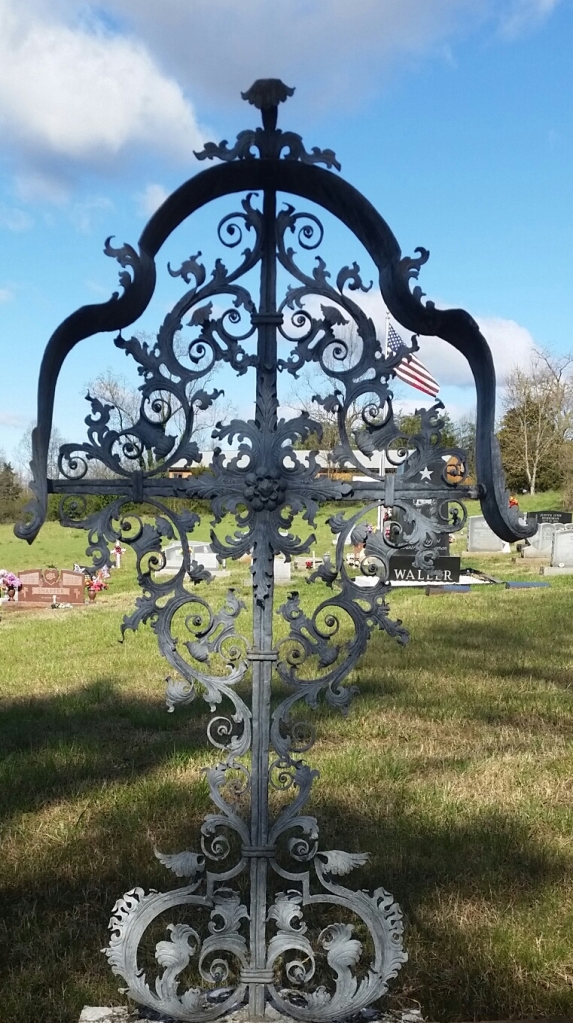 The mansion didn’t look old, yet I felt the oldness. The oddness. The otherworldness. Did I believe in ghosts? Not a word. And yet, I stood, pressed to rusted metal, staring, longing so hard tears could not help but come.

Night settled. The moon rose, pale crescent in the sky. Wind rustled bone-white leaves. Would it be now? Was this it? The moment for which I longed? The end of my journey?

Night passed. Dawn came. Like so many hundreds of mornings before, I turned and walked away. 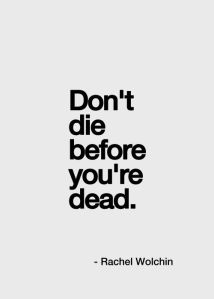 “Well, there’s a charmer if I ever heard one.”

“You’re just jealous because you didn’t think of it first.”

“No, it took a Rachel Wolchin.”

“The… quoter? Quotee? The person who wrote the damn thing.”

“And who is she, this Rachel Wolchin?”

“The person who wrote the quote. Or spoke it or what-the-hell-ever. I don’t know.  A writer maybe.”

“What do you mean, what does it mean? It means what it says. Don’t die until you’re dead.”

“How can you die before you are dead?”

“Well, you’re not dead until after you die.”

“It has to mean more than that. Some grandiose meaning which, once spoken, will change the world forever!”

“It means what it means.”

“I suppose, don’t stop living your life until you die. Don’t give up. Give in. Don’t let the world crush you down so you only exist.”

“What do you think it means?”

“Personally, I think it is a bunch of falderal and nonsense.”

“Well…. yes, I would. As an erudite, cultured,  and educated member of my society, I poo-pah such nonsense. That said, I am going to retire to my Tomb for a cup of tea and a scone.”

“I am going to sit right here and watch the sunset, but when did it get so dark, so dull?  All those colors…. I can barely remember. I wish I’d taken more time to watch the sunset when I was alive.”