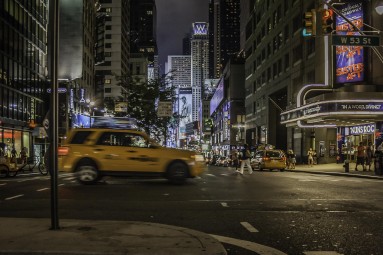 The challenge for Flash Fiction for the Purposeful Practitioner opens early Thursday morning, September 21st. Allow the prompt to take you anywhere you want to go! (Limit your stories to 200 words.) This challenge is open until 11:00 pm Friday night, September 29th, 2017.

He leaned back in the taxi, ignoring the glitterati of the city around him.  It had been a long day, dawn to dusk, full of horns and exhaust and the low, steady, rumble in the heart of the city.

Beethoven sounded loud in the cab – Dun Dun Dun Da – and he pulled out his cell.

“The vote came in about fifteen minutes ago, Mr. Dunbar.”

There was a long pause. “What did you wish me to do, sir?”

He clicked off the phone.  “Nothing at all,” he repeated to himself. He had Ms. Thompson right where he wanted her.

The sounds of the city were music to his ears. 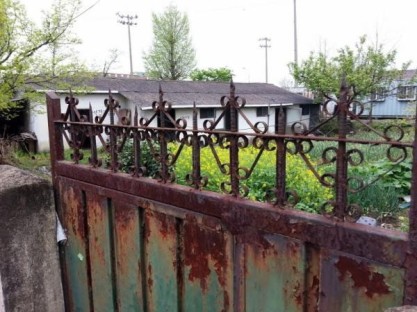 Tom pulled himself up and over the wall, dropping into the overgrown courtyard beyond. “Come on, dude.”

Danny dropped beside him. “This is stupid.”

Tom ran across the courtyard, followed by Danny.  They peered into the darkness, seeing a broken table, a blanket of leaves and trash scattered into the corners.

A clatter sounded from across the courtyard.

They turned to stare; saw nothing.

Ignoring him, Tom crept into the murder room, foot kicking something under the leaves. He pulled up a rusted knife.

The sound of footsteps approaching.

They tumbled out of the room, pounding across the courtyard.  Up and over the wall. Neither stopped running until they reached Tom’s house.

Behind them, in the shadows, something chuckled.

“Not all of us dream awake. But those of us who do have no choice.”
― Patricia A. McKillip

“It’s cute,” Susie said. “Let’s see if they have cold drinks.” She got out of the car, heading towards the door. Sam followed.

“Can I help ya?” the old man asked from behind the counter. Nodded them towards the refrigerated case.

As they debated choices, the old man walked up behind them, splitting both their heads open with his ax.

“Can we help you? asked the young couple behind the counter.

The beautiful ghosts of our past haunt us, and yet we still can’t decide if the pain they caused us out weighs the tender moments when they touched our soul. This is the irony of love.”
― Shannon L. Alder

Word Count is off! Let’s focus on the theme of the thing. Not many actually stick to the word count anyway. (SUGGESTED-No more than 500 if you want to try that.)

The sadness was all persuasive, wrapped around them like a blanket of fog, holding them all together. Alone they would have fallen and quickly. Together, they managed to prop each other up and hold the grief at bay.

“Why?” was Susie’s endless question.

He just wanted to go home and be alone. This was something he didn’t like or want to share, this sorrow. It filled him full, leaving no room for kind words or reassurance of hope and continuation. Dead was dead. The mere fact of the matter took away the last traces from his life. Soon even the memory would be gone, the sadness over.

Maybe, if he hung on tight enough some sprinkle of memory might remain; colored sugar on a cake.

“He was a good man,” Macy said, wiping raccoon eyes. “He never judged me like the fathers of some of my friends.”

“He always supported us in everything we did,” Susie agreed.

They both looked at him so he nodded. “Never said a word when I bought my bike.” The bike that lived in his living room so he didn’t forget. The father who lived with him so he remembered.

“He was hoping you’d get over stupid on your own,” both of his sisters said and laughed.

If only they knew. He hadn’t ridden the bike in over ten years, not wanting to risk more loss. The Doctors couldn’t tell him why the accident wiped away only part of his memory, only that he was lucky.  At least he had something left, some memories, some hold on the world of his past. Not people, but events. Some didn’t. Some people with similar brain injuries simply forgot everything. He might have been left with only 15 minutes of everything. Or 15 seconds. Or nothing.

Lucky meant he only forgot people once they faded from his life. Like birthdays. He remembered the day, the cake, the presents but not the people. He knew people had been there, but they no longer existed. Bare walls bracketed the memories; he the last person alive. Childhood. Christmases. Lovers. Nothing.

The funeral was over. They hugged, kissed, promised to keep in touch before another funeral brought them together again. They wouldn’t, but they pretended for him. He looked at them, his sisters, aching to commit them so deep in his memory he would never forget but eventually, inevitably, he would.

Turning, he walked away.  Why the heck was he in a cemetery anyway?

The idea of Sunday Photo Fiction is to create a story / poem or something using around about 200 words with the photo as a guide.

“Maybe,” Andy frowned, studying the tattered remains of the shed, “he died and his body is still in there?”

I wrinkle my nose, shading my eyes against the heat. “It’s not haunted. Just old.” Maybe.

Danny grinned. “Regardless, you want in, you gotta stay all night.” The other guys laugh, making ghosty noises.

I walk up the cracked driveway as everything falls silent. No wind. No birds. No cars noises up and down the street. The metal is cold as I screech the doors open. The only thing inside, besides trash and dead leaves, is an old cracked sleigh, runners broken.

There is another set of doors on the back wall. Sliding around the sleigh, I move back, inching one open. A breath of snow blows in, melting on my nose. Outside is a wintery forest, snow-covered track leading away from the shed.

Behind me, I hear the tinkle of bells, a soft snort. A muzzle nuzzles my shoulder.

“Come along, young master,” a voice calls. “Lest we be late for supper!”

She stood on the opposite bank, hair tangling her face, stark against the abandoned buildings surrounding her. I couldn’t see her face, but I knew. I wanted to scream the strength of the current, gentle rapids roaring into whitewater beyond the river’s bend. It hurt crashing against rocks, the ups and downs, ins and outs, ups as downs and downs as ups. Hurt until the drowning, the letting go of any claim of control. She’d wouldn’t have been perched there if she had control.

I wanted to but I couldn’t.  The water had taken away my voice, too.

You’ve just been handed a message that makes you drop to the floor, trembling uncontrollably.

The floor was cold. That was my first recollection. Concrete cold. Concrete hard. Trembling with cold and something else, something I didn’t understand. When he handed me the note, I’d felt bolts of lightening stabbing up my arm and to my heart. The next thing I knew was cold floor, body still jerking and trembling.

McBrown still stood over me, manic grin plastered across his face.  I’d learned quickly to fear McBrown. His work was to make life as hard as possible for those of us here.

Beyond my cell, other inmates howled and growled, typical reactions to his presence. He knew not to come too close to the bars, knowing any one of us would gladly claw him to shreds.

He’s pressed against my bars though, knowing I am helpless to reach him. He prods me, laughing as each jerk of electricity rattles inside me; laughing as if the piece of paper clutched helpless in my hand is somehow his private joke on my world.

Maybe it is. Why else would a lawyer come to see me unless my sentence is set? I know they would not come to pardon me.  I’ve done horrible things, things for which no pardon could ever come.

I don’t want to die, but I will. The lawyer will come. He will inform me of the date I will die in his cold, clinical voice, no emotions on his face. No emotions in him at all, the hollow shell of a man who once knew the meaning of sunshine. Like me.

Holy Mother of God, I don’t want to die.

Please, Lord, let me go to my end without breaking.

Outside the empty cell, the other inmates remain silent in memory.