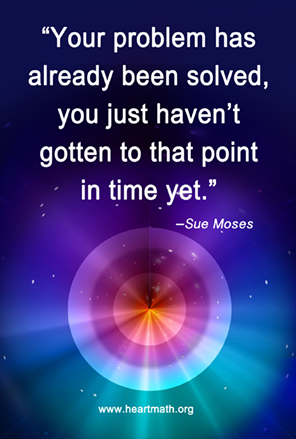 Regarding the nature of reality, it all depends on who is looking and from where.

“So move him closer.”

Which he did for about five seconds. “I can’t hear.”

“You are the only person I know who can shout in a whisper.”

Tim ignored him, jumping the grasshopper inside the door.

The woman tossed the grasshopper out.

“Thank god. If the BugsMilitaryListeningDevice prototype had been destroyed, we’d be in deep you-know-what!”

As long as we know in our hearts what Christmas ought to be, Christmas is.”
~ Eric Sevareid

“Whenever you feel like criticizing any one…just remember that all the people in this world haven’t had the advantages that you’ve had.”
― F. Scott Fitzgerald

“You really don’t want to jump here,” Ron Smart-Ass teased. Big brothers – the worst- but I didn’t have time for him now.

I couldn’t tear my gaze from the placid water below. Would it be cold or warm?  Clear? Cloudy?  Would I sink into endless mud and never come back?

“Got snapping turtles,” Ron snickered. “Eat your toes off.”

Closing my eyes, I jumped, landing with a splash, kicking up once my downwards movement ended. Breaking the surface, I looked up.

“If you have a sister and she dies, do you stop saying you have one? Or are you always a sister, even when the other half of the equation is gone?”
― Jodi Picoult, My Sister’s Keeper

Raised eyebrows. “‘Where There is Smoke There is Fire?’ ‘Smoke Gets….'”

“There is no such song.”

“Believe what you want, but there is.”

She tried to read him, but, as always, got nowhere.

He motioned her to ‘take the stage.’

“Isn’t that about some studio burning down?”

He liked to know the back-stories of songs. His friends thought him weird, those few he had, but his Dad was a rock star and, early on, taught him to listen beyond the song, beyond the music, to the story inside.

With a roll of her eyes, she nodded.  He was too weird sometimes. Only reason she befriended him was cause his Dad was – WOW!

“‘When Smoky Sings….'” Thought for a moment.  “Is that about Smoky The Bear?”

“But they can have songs written about them!”

She held in her instant irritation. Just add him, water, anger and stir for a totally irritating boy whose father was a Rock and Roll God.

“Forget it,” waving away his laptop. “Don’t google it.”

“Well for one thing, its stupid.”

“Gary Allen.” He sang. “The night is like a dagger / Long and cold and sharp / As I sit here on the front steps / Blowing smoke rings in the dark.”

She tossed her cards down. “You win. Again.” Stormed out with the bang of the back door.

Why did he have so much to prove? His Dad was…… well, was a superstar. Did anybody in this world not know or like his Dad?

He rose slowly, steadying himself on the couch before heading outside. Step, drag, step, drag, step, drag. Nobody would ever know his face, never scream for it. For him. Throwing panties and bras. Pulling up their shirts for him to autograph their breasts.

Settling on the top step, he pulled out a cigarette and smoked for a few minutes before blowing a smoke ring….. almost, almost perfect.

How true, he knew, how true.

The lyrics used in this story belong to their respective writers.

“When you stop expecting people to be perfect, you can like them for who they are.”
― Donald Miller, A Million Miles in a Thousand Years: What I Learned While Editing My Life