Be brave enough to live the life of your dreams according to your vision and purpose instead of the expectations and opinions of others.”
― Roy T. Bennett, The Light in the Heart

‘It’s your responsibility to be that person you want to be with.”
― C. JoyBell C.

Today I am Committed!

I will hold myself accountable to completing my 30-day goal by making one of the following commitments: 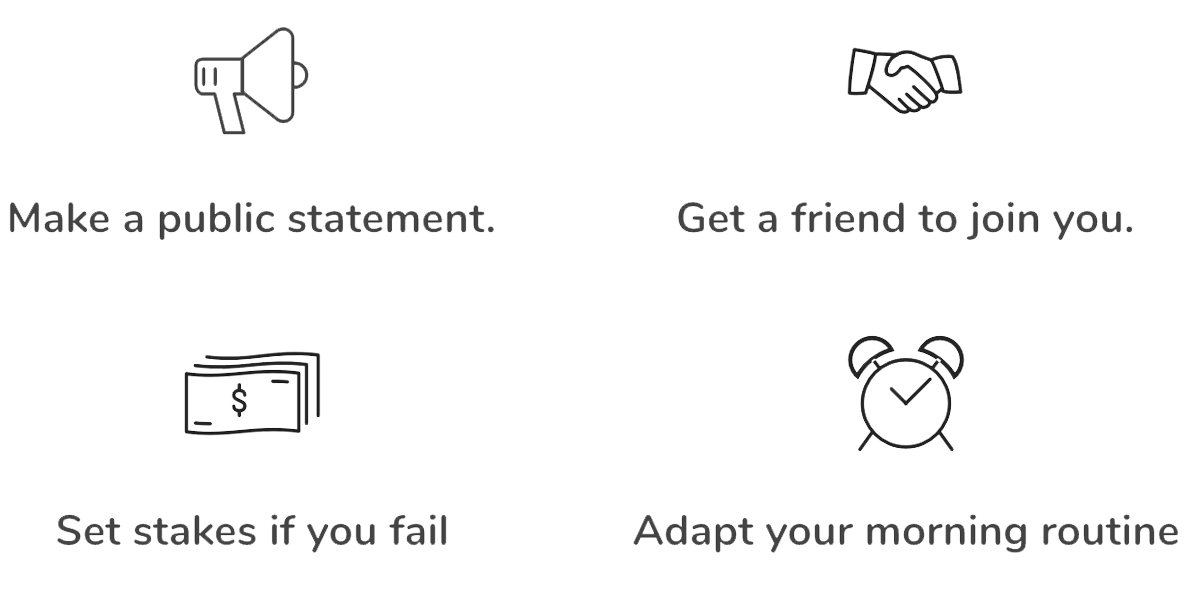 Staying committed to my 30-day goal is important to me because I need to make a commitment to myself. Where once I had time to do the things I wanted, including writing, I now see the Dead End sign ahead. Not that I’m anywhere near the Dead End, don’t get me wrong, but my perceptions changed at 50. When I was younger, the future never ended; after 50 I know that it does. And I know what I do with my life matters, both to myself, to those around me and to the world.

I am no longer overwhelmed by the world, at least not on a daily basis. The world has gotten smaller as I have gotten bigger, not in size so much as in spirit. I no longer have time for my fears to overwhelm me.

So, for today, I will go forward bravely and confidently, knowing the universe will care for me. I don’t need to worry about where the money will come from. I just simply need to know that it will there, the money, when needed. As will the love, the support, the friends, family and teachers when needed.

Today, I bravely stand before you, readers and friends, to affirm my decision to commit to the important things in my life. Both quiet and loud, dark and light, soft and hard. I do this as my public statement (knowing if I don’t you will remind me, over and over and over, until I learn) to be true to myself and the worlds living inside me.

an impression of light that occurs without light entering the eye and is usually caused by stimulation of the retina (as by pressure on the eyeball when the lid is closed) or by excitation of neurons in the visual system (as by transcranial magnetic stimulation).

Phosphenes are the luminous floating stars, zigzags, swirls, spirals, squiggles, and other shapes that you see when closing your eyes tight and pressing them with your fingers. Basically, these phenomena occur when the cells of the retina are stimulated by rubbing or after a forceful sneeze, cough, or blow to the head.

The word phosphene comes from the Greek words phōs(light)and phainein(to show. Phainein is also a contributing element in such words as diaphanous, emphasis, epiphany, and phenomenon.

“The most important thing is this: to sacrifice what you are now for what you can become tomorrow.”
― Shannon L. Alder

We do not see our universe as it is, we see the universe as we are.
~David Lewis Anderson

Today is a smooth white seashell, hold it close and listen to the beauty of the hours. ~Anonymous

“We are the authors of our destinies. No one can see the vision any clearer, believe in and work any harder to make it a reality more than the visionary.”
― Nike Campbell-Fatoki