Do you think aliens exist?

It depends on how you define aliens. Merriam-Webster says:

1a: belonging or relating to another person, place, or thing : STRANGE an alien environment

b: relating, belonging, or owing allegiance to another country or government : FOREIGN alien residents

d: coming from another world : EXTRATERRESTRIAL alien beings an alien spaceship When it comes to knowing what alien life forms might be like, we don’t have any idea.— Kate Shuster

2: differing in nature or character typically to the point of incompatibility ideas alien to democracy

We all know, don’t we, that in this sense we are talking about beings from another world. Really, however, all the definitions above could pertain to extraterrestrial life. But why do we have to go extraterrestrial? We are looking to the stars when we should be looking around us at all the ‘alien’ – ‘differing in nature or character typically to the point of incompatibility’- life around us.

Think of the octopus. It is one of the most intelligent forms of life and yet how alien is the little guy? The Blue Whale? Or the Dragon Fish which lives in the deepest depths of the ocean? How about Poison Dart Frogs? Or the jellyfish?

Even closer to home there are spider monkeys and gorillas. Lions and tigers and bears, oh my!

Sure monkeys and lions aren’t considered alien, but then again, if they were on another planet and we’d never seen them before….. alien. Isn’t it just what we don’t consider to be like ourselves that we consider alien? If we saw lions on another planet, they would still be lions, but if we saw an octopi, what then? Would we wonder how long aliens had been living unknown on our own planet?

If this doesn’t convenience you, think of all the insects in the world. Many of them look alien to the core. I think we have enough aliens living here among us that we don’t need to look at to the stars.

What is the most unsettling film you have ever seen?

I don’t remember the name of the film, because I watched it over 30 years ago. It was a horror film. The Twins? No, that doesn’t sound right, but regardless, one scene stays with me to this day. The children are jumping from the hayloft in an old barn, onto a thick pile of hay below. One of the kids hid a pitchfork in the hay at the bottom, prongs up. You see this just before one kid jumps.

For some reason this scene has stayed with me for all these years. As I’ve grown older, I’ve learned to avoid films which might be unsettling much as I have learned to avoid those films filled with violence for the sake of violence.

Funny thing is, I am a huge fan of true crime.

What movie unsettled you?

Is it possible to live a normal life and never tell a lie?

Not even a little white lie. Why would you want to do this, you ask. Well, think of how much better the world would be if there were no lies.

“Why did you attack my country?”

“You are a bit too outgoing for me.”

Think of it. No lies forever. For anything. For anybody. They say the truth hurts, but in the end it hurts less than the lie.

The real reason I’m asking this is because I have been trying over the last years of my life to live a lie-less life. And, I have to admit, it is hard. I think as human being we are programed to lie because we don’t want others to see what we consider the dark, the bad, the weak, inside each of us.

After all, what do little white lies hurt?

“You did fantastic up there.”

All white lies under the assumption the dress is not lovely, the hair is horrible and the person bombed in front off whatever audience was present. But are they bad, these lies? They spare the other person’s feeling, but at what expense? Would we be better to tell the honest truth each and every time?

But is it right?

The big lies are something else and I have a much easier time avoiding them. When I make a big blunder, I own up to it and move on, no matter how dark and bad and weak it makes me feel. I can stomach the big stuff, but the little stuff is still too hard. We all want to be liked and accepted. Would we be liked if we always told the truth? In today’s world, I think not.

Sadly, it is true. We don’t want people who tell us the honest truth. We want the white lies and the mis-truths, the lies of omission. Who wants to be told their dress is horrible or their hair is a wreak or they bombed.

So then how do we handle the little white lies? Because in the end, they do hurt us. Eventually we find out the truth and it hurts. Truth or not, we don’t always want the truth. It is more comfortable, in the moment, to live with the white lie.

We will never know the answers to these questions until, if, we banish all the lies. It is a beautiful dream. Do you think it is possible?

If You Could Trade Lives With Someone, Who Would It Be?

For the ‘real’ person from history, I think I would choose somebody from the Court of King Arthur. I am fascinated by that time in history and would love to know if any of the stories are real. Because I’m not a long skirt and passive kind of girl, however, I think I’d have to trade places with one of the knights or even Arthur himself. Just for a little bit; just to see what the world was like back then.

As for a fictional character, there are so many who’s lives I would like to experience and explore. One of my top picks would be Richard Gansey III from The Raven Boys by Maggie Stiefvater. To be honest, I fell in love with Gansey while reading the books and would love to see the world through his eyes.

Who would you choose?

In ten years time, will you be proud of what you are doing now?

Yes, definitely. I am proud of every step I take because I know how long and hard I have fought to get to this place. I anticipate growing and changing and being proud for the next ten years, too. If I had been told that, at this time in my life, I would have three manuscripts to edit and publish along with three children’s books in process, I would have never believed it possible.

I still have good days and bad days, but I’m at a place where I can recognize the difference and act accordingly. Today has been a good day to be alive!

In ten years, will you be proud of what you are doing now?

What is something people think you don’t or wouldn’t do, but you know you would do?

Most people who know me seem to think I am this calm, controlled, non-cussing, person. I can be that most of the time, but there are times when I’m not. I do, however, try to be out of control, angry, and a speaker of bad words when I am alone.

When I hung up and turned around, everybody at the nurse’s desk was looking at me like ‘did you just yell?’

No, I didn’t yell, I just raised my voice slightly to be heard over her ranting, but nobody expected that of me.

Not sure how I got the matronly mom label.

In my writing, I write ‘sex’ scene when needed and have had people read my work and then say ‘I’m not the person they thought I was.”

It is what it is. I am what I am. Those people who really know me know what a little (calm) hellion I can be!

What does my joy look like today? Why did I pick this question?

I know, I know, I picked the questions because I wanted something deeper than your Dream House. Doesn’t mean the Dream House questions weren’t fun, but there are other important questions to ask also.

It’s grey and raining today. I feel, this last year, my hometown has been magically picked up and moved to the rainy Northwest. I am tired of rain. The long strings of grey days are not good for my bi-polar so, even if I am doing better in other ways, I am struggling still. Correction, I will always struggle, but the rain doesn’t help.

Be that as it may, today my joy looks like the glistening drops of rain on leaves, the fresh smell of the coming spring and hidden rainbows all around.  My joy looks like the sweet face of my puppy, Evie, and the friendly meows of my cats as they greet me at the door. Even the sleepy face of my youngest struggling to wake brings me joy.

We are always looking for joy somewhere out there, in the distance, the future, but, joy lives in the present, within ourselves. We need to live joyfully in every moment and in everything we see and do. Miracles happen ever day, but you won’t see them if you don’t look.

What life lesson did you learn the hard way?

Most of my life lessons were learned the hard way. I tend to be bull-headed that way. Or, maybe, I’m too naïve. I tend to think the best of people so I give them far too many chances.

I know people who hang onto things or people or events way past their due date. People are afraid of change and will do almost anything to avoid it. I clung to my marriage for over 20 years, telling myself if I just waited a little longer, he would grow up to be a partner and not a child. He never did, but I’m no longer waiting.

Luckily, I had the strength to move on. It was the best thing I’ve ever done for myself and I regret not doing it far sooner. But that’s what happens when we live with fear.

Truth is, it would have been better to put them through the divorce much earlier. I didn’t do them any favors and I certainly didn’t do myself any favors.  I believe my kids are happier adults now that I am happier.

Since then I have tried to live with the motto: 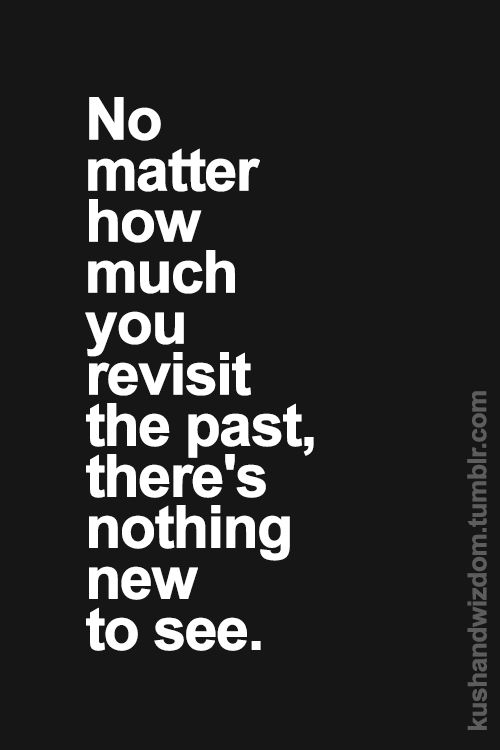 Or, you can’t move forward while holding onto the past.

I’m learning, step by step, inch by inch, joy by joy, to let go of the fear which kept me trapped for so many years. You can too.

So, let go. Today. Now. This instant. Doesn’t it feel good to be free? 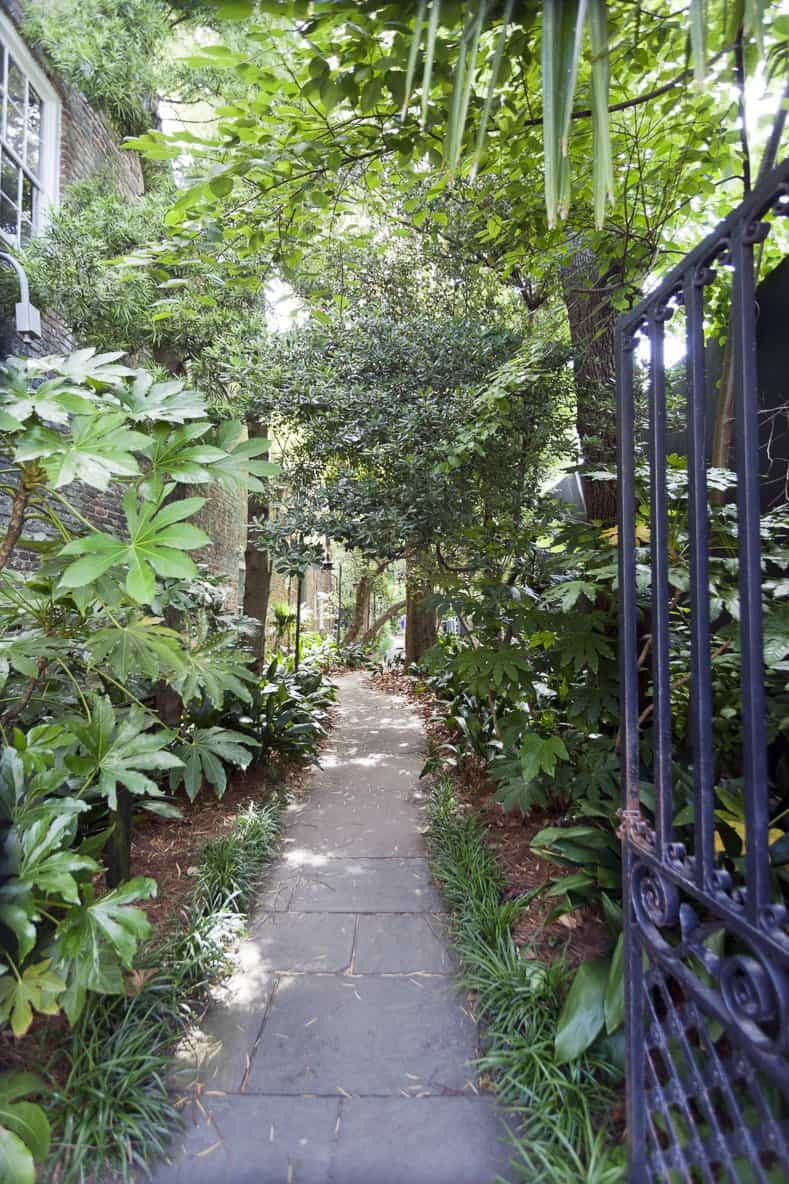 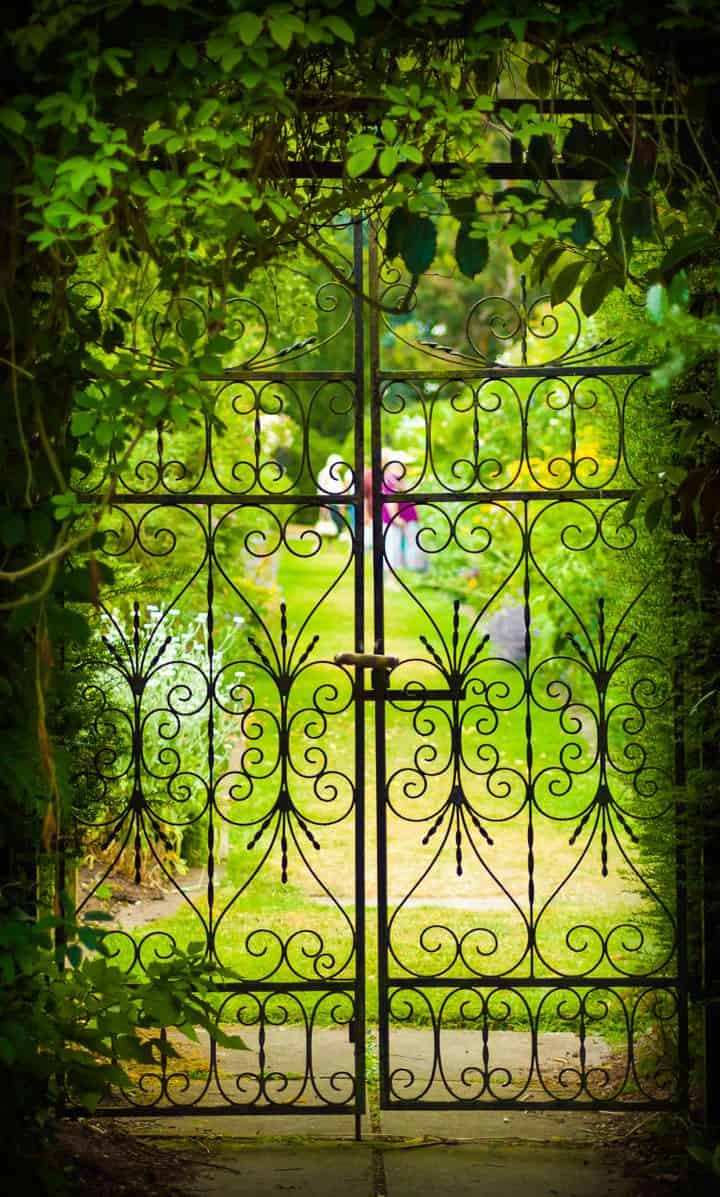 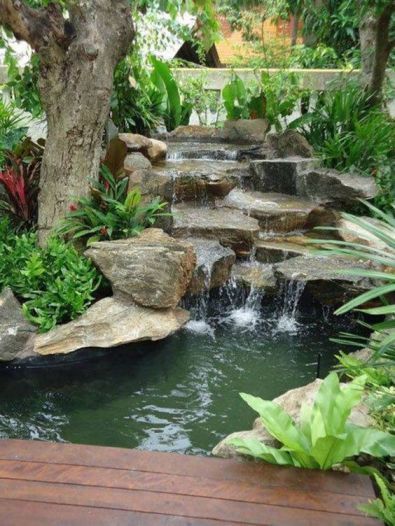